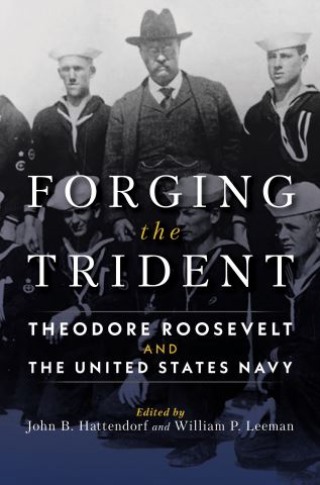 Although Theodore Roosevelt has been the subject of numerous books, there has not been a single volume that traces Roosevelt’s interaction with the U.S. Navy from his work as a naval historian in the 1880s through his leadership of the Navy as president in the early twentieth century. The editors of this volume fill in this gap in the historical literature. Each essay in this collection by leading historians of American naval history will cover one aspect of Roosevelt’s relationship with the Navy while addressing the unifying theme of his use of history and America’s naval heritage to advocate for strengthening and modernizing the Navy during his own lifetime. In addition to the book editors, contributors are: Sarah Goldberger, James R. Holmes, David Kohnen, Branden Little, Jon Scott Logel, Edward J. Marolda, Kevin D. McCranie, Matthew Oyos, Jason W. Smith, and Craig L. Symonds.