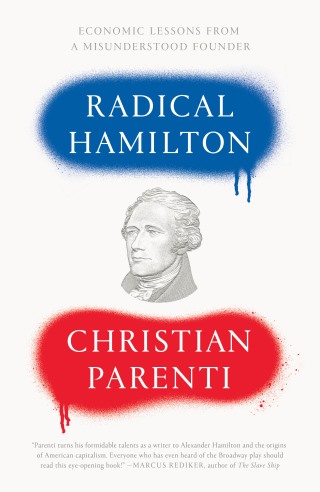 Economic Lessons from a Misunderstood Founder

A dramatic re-evaluation of the founding of the United States and the history of capitalism.

In retelling the story of the radical Alexander Hamilton, Parenti rewrites the history early America and global economic history writ large. For much of the twentieth century, Hamilton-sometimes seen as the bad boy of the founding fathers or portrayed as the patron saint of bankers-was out of fashion. In contrast his rival Thomas Jefferson, the patrician democrat and slave owner who feared government overreach, was claimed by all. But more recently, Hamilton has become a subject of serious interest again.

He was a contradictory mix: a tough soldier, austere workaholic, exacting bureaucrat, yet also a sexual libertine, and a glory-obsessed romantic with suicidal tendencies. As Parenti argues, we have yet to fully appreciate Hamilton as the primary architect of American capitalism and the developmental state. In exploring his life and work, Parenti rediscovers this gadfly as a path breaking political thinker and institution builder. In this vivid historical portrait, Hamilton emerges as a singularly important historical figure: a thinker and politico who laid the foundation for America's ascent to global supremacy-for better or worse.

Christian Parenti: Christian Parenti is associate professor of economics at John Jay College, City University of New York (CUNY), a contributing editor to The Nation, and the author of Lockdown America, The Soft Cage, and Tropic of Chaos, among others. He has written for Fortune, Mother Jones, Conde Nast Traveler, Playboy, the New York Times, and the London Review of Books, among others.